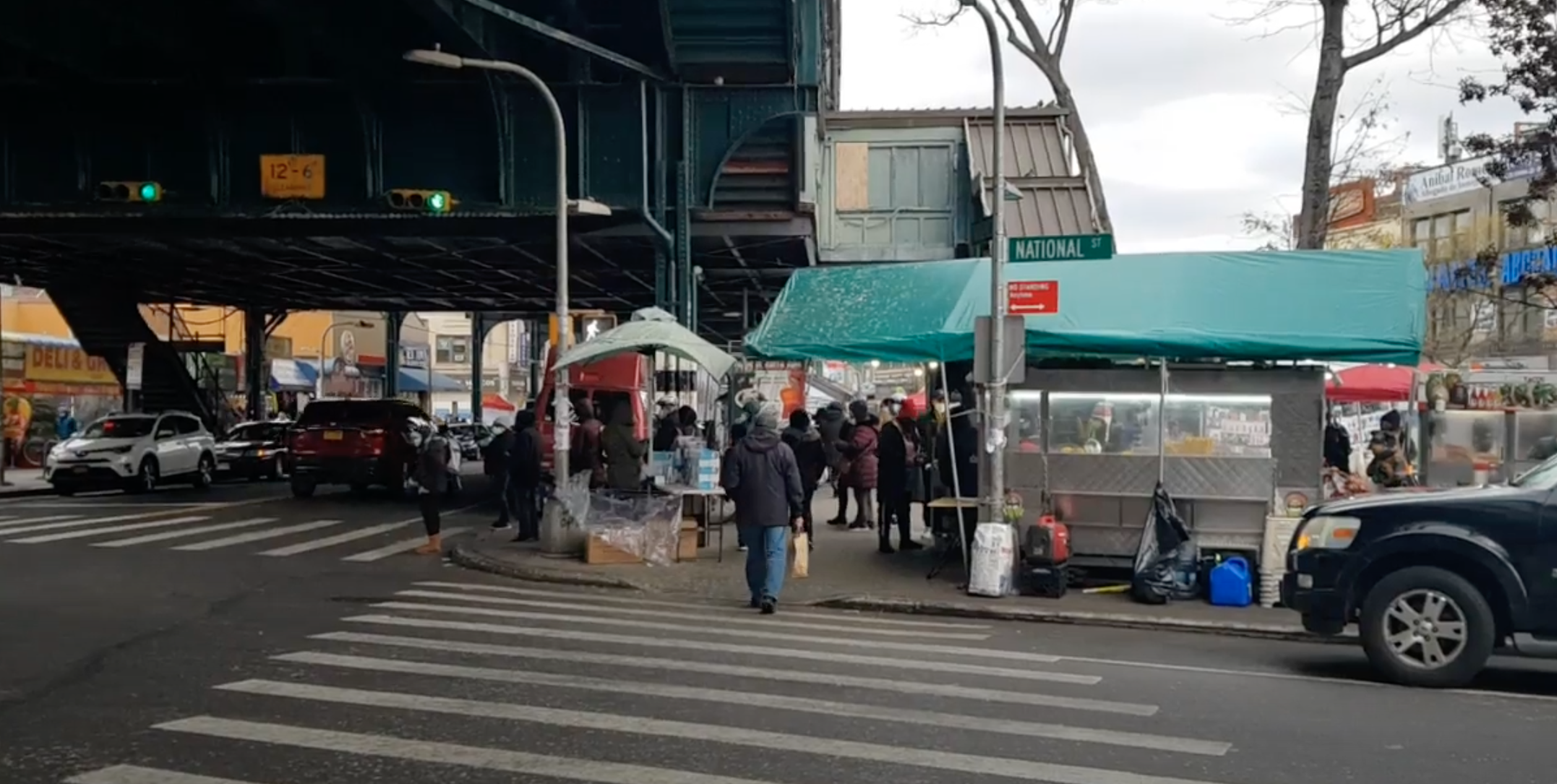 Corona Plaza is a space where vendors can operate without too many restrictions. (Photos by Juanita Ramos)

Street vendors are harassed by police and other people. Public spaces to sell are the key to dignifying this job.

In a week, she bought merchandise such as clothes, accessories and perfumes with the little savings she had left and started working in the plaza at 103rd Street and Roosevelt Avenue. 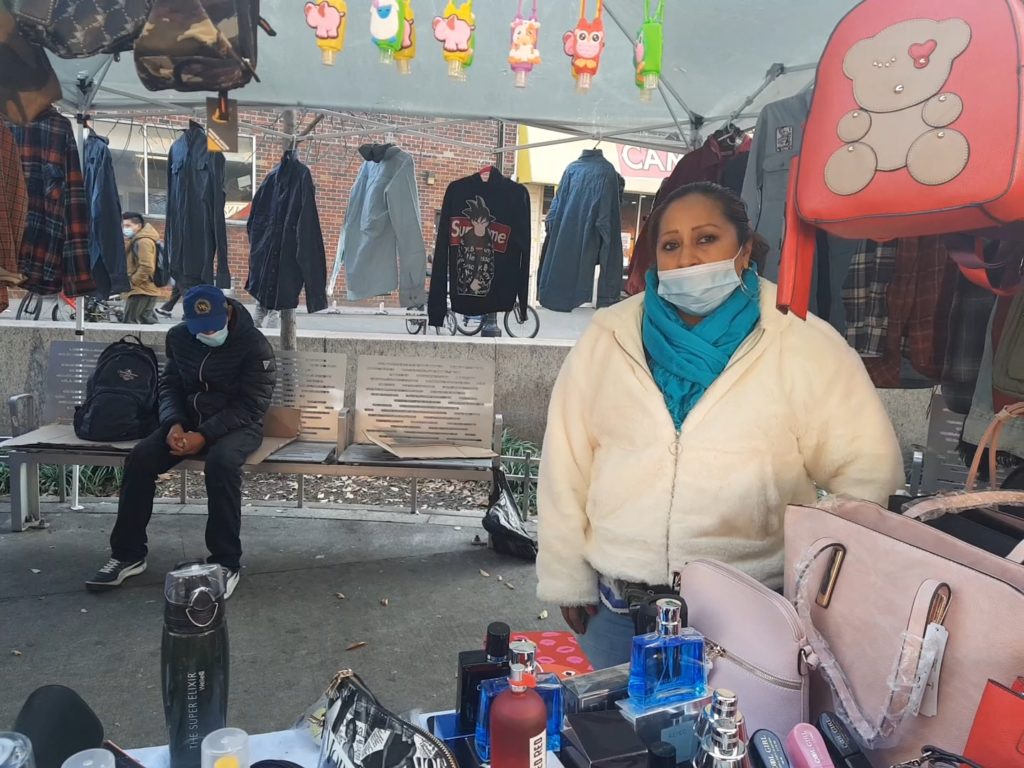 Corona Plaza has been a place where vendors can operate without space restrictions. They just have to get a spot and vouch for their stuff.

For years, the plaza has been a safe space for many immigrants who work as vendors.

“Generations of immigrants have survived thanks to spaces like this one,” says Ligia Gualpa of the Workers Justice Project, who has followed the street vendors.

Gualpa says the plaza, which allows vendors to set up business for free and without impinging on another public space, is important because it brings people the opportunity to make a living peacefully.

Street vending has been an alternative for immigrants who have not benefited from state or federal assistance, especially during the pandemic. The location of vendors in the plaza has not only made them visible but has also helped enliven the public space.

The plaza houses several vendors, who for up to a year have been able to survive thanks to the sales of food, clothes, hats and masks. A community has been created. Vendors look out for one another and are attentive if anyone has a problem.

“Here, I came to sleep because I had no way to pay the rent and I got a job,” says a man who prefers not to give his name because of his immigration status.

He said the plaza and the relative absence of police and immigration agents made it possible for many undocumented workers to survive.

The city is also planning to set up a plaza in Inwood in upper Manhattan for vendors. For Gualpa, Corona is an example of the need for these spaces in other neighborhoods like Sunset Park.

Rivera says she will probably not go back to the school cleaning job. The challenge now for her and the other vendors is to organize and see how they can get the supportive conditions to continue through the summer.

“We don’t know what is going to happen because things seem better now. But we are still recovering from last year because we did not get any help,” says Rivera.