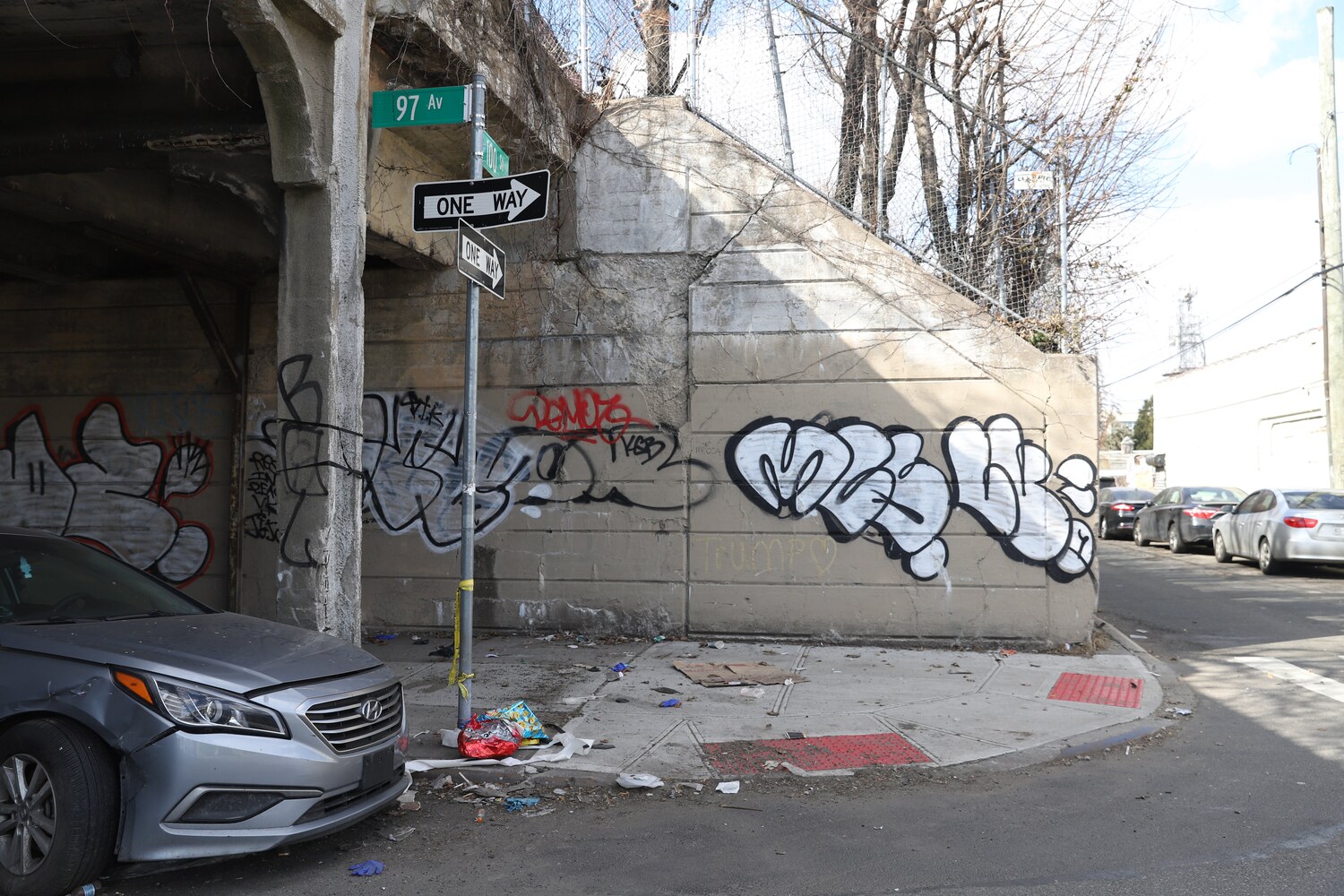 Underneath the abandoned LIRR Tracks in Ozone Park, Queens, before the citywide graffiti cleanup. (Photo by Anthony Medina)

The sidewalk underneath the long-abandoned Long Island Rail Road tracks along 97th Avenue and 101st Street was unkempt for years. Covered in bird droppings and pigeon eggs, this Queens underpass featured piles of garbage scattered near the remnants of a car with a demolished trunk.

Intricate graffiti in a bright array of bubble letters displayed the names of taggers on the walls. Other scribbles of words and plain lettering were rendered with flat black, red and blue paint.

The NYPD, which said it received more than 6,000 complaints about graffiti last year, created an interactive map to visualize vandalized areas and start the process of attacking graffiti.

This isn’t the first time the city has made graffiti removal a priority; it has addressed the issue with vandalism in a similar way in the past. In the 1970s and ’80s, subway cars were covered in graffiti. Then-Mayor Rudolph Giuliani created an Anti-Graffiti Task Force in the mid-’90s, which sought to clean up graffiti all over the city. 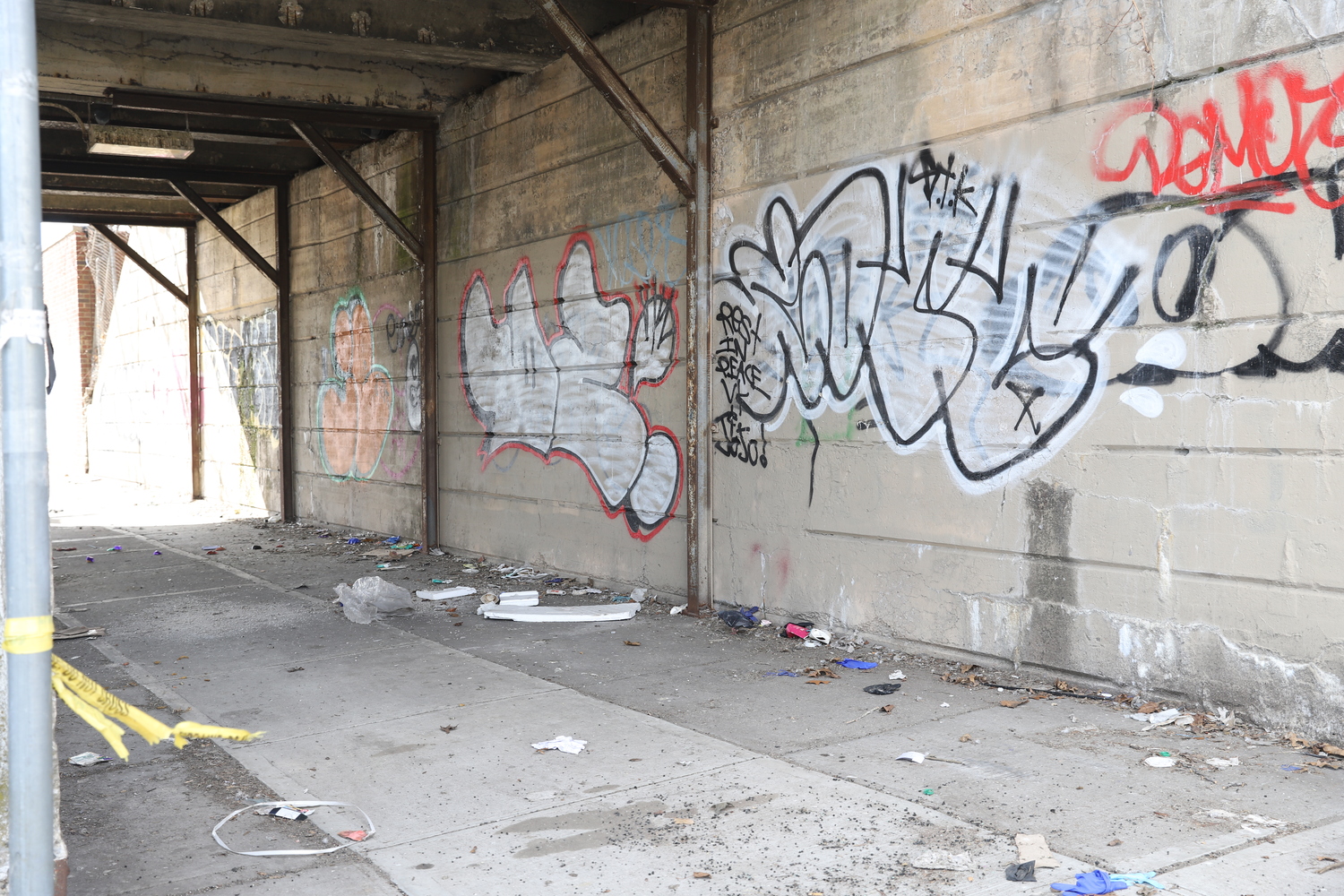 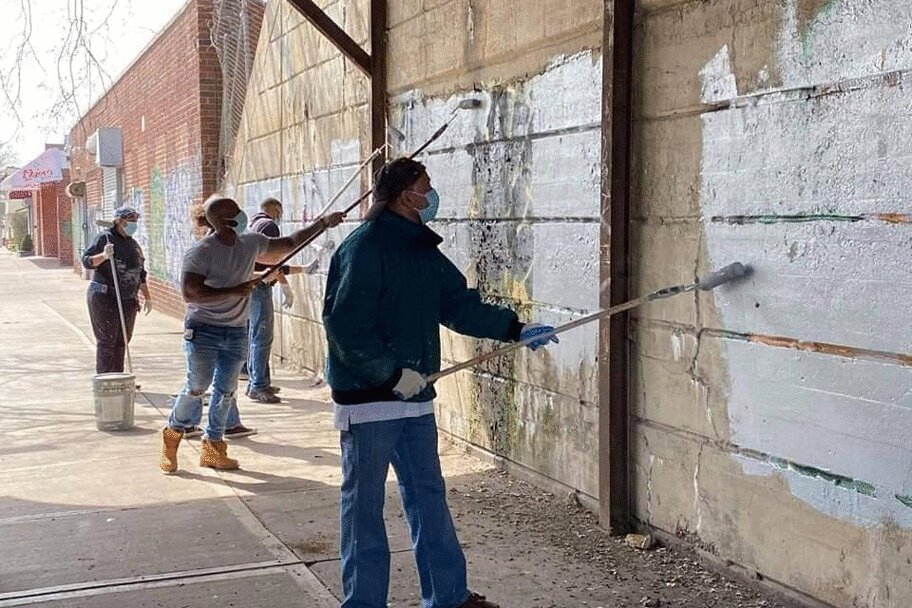 What the walls looked like before the cleanup, left.  Image from a video taken by Daniel Coffaro Hill shows volunteers painting over graffiti.

Graffiti has long given voice to those who felt the need to display their names. Brooklyn College professor Karen Stern, who studied ancient graffiti in her book “Writing on the Wall: Graffiti and the Forgotten Jews of Antiquity,” said some forms of graffiti serve a greater purpose to capture a point in history.

“Graffiti, you can define it in lots of different ways. And throughout the ancient world, we have lots of different types of evidence that people were making markings on spaces that were already completed,” Stern said. “We have, in ancient Egypt, a ton of graffiti. A lot of people came from Greece and other parts of the Hellenistic world, and they exhibited these famous monuments in Egypt, and they would write all over them.”

I come from a background, obviously myself doing graffiti…My drive to do that as a youth was just purely to advertise my name myself, you know, looking back and more of like, in a selfish way. And then as I got older, becoming a property owner, and then I just have a different take on it.

Iterations of what was seen in ancient Egypt could be seen in the Temple of Dendur displayed in the Museum of Modern Art, she said.

Victor Fung, a graffiti artist and president of Graffiti Arts, a New York- and Los Angeles-based company that employs street artists to complete commissioned work, sees ways to bring more inspired work to areas that were vandalized during the pandemic. Even as the NYPD moves ahead with its initiative to rid the city of graffiti vandalism, there are solutions that can incorporate the art into “beautifying the community.”

“To me, I think a well-executed tag is a lot,” Fung said in a phone interview. “I think that looks much better than a super colorful, photorealistic mural of something. But that’s all subjective, right? What is ‘good art?’”

Graffiti USA made a reputation for itself through their murals with graffiti and street art-inspired designs, especially for corporate spaces, art events, commercial and residential spaces, and other street art venues throughout the country. 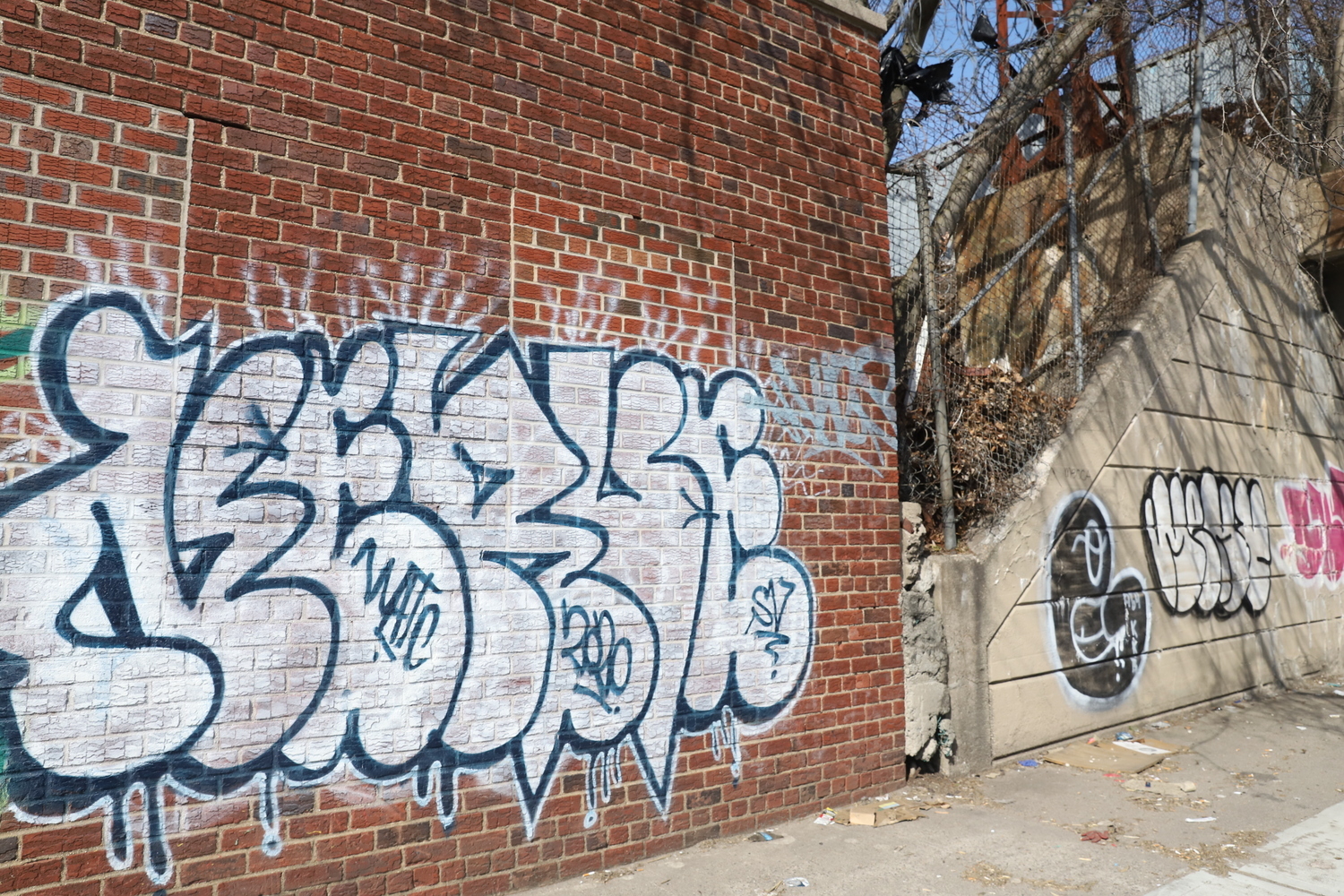 Fung and co-owner and creative director Valentino Mikalef, both experienced graffiti artists, developed their company as a means to continue their work in a legal environment.

Fung also mentioned the broken-windows theory, popularized during Giuliani’s term, when talking about the current police cleanup initiative. Leaving a vandalized space unaltered would, the theory goes, invite more criminal mischief. It remains one of the main reasons for getting rid of graffiti.

“They [the police] also use the graffiti to use it in terms of investigation with tag names. And you find out that some graffiti artists were wanted for bigger crimes,” State Sen. Joseph P. Addabbo Jr., in a phone interview.

Addabbo, a Democrat born and raised in Ozone Park, also helped in a graffiti cleanup with Councilman Eric Ulrich, a Republican representing District 32 in Queens. Addabbo supports the idea of commissioning artists to work in previously graffiti-covered areas. But only if there’s a local consensus.

“Of course, it’s a much better alternative. I have a couple of sites in my district in Forest Hills where they would be constantly plagued with graffiti underneath a walkway, you know, underneath the train, and now there’s a mural there. Famous people in Forest Hills. That’s great. Because nobody’s gonna graffiti that. Secondly, it’s nice art.”

There’s more to the quality of life issues that plague the Ozone Park community, with derelict cars, parking concerns and the resurgence of unlicensed dirt bikers operating recklessly in the streets. Graffiti cleanups are part of wider issues that need to be addressed, he said.

“But it starts at the top,” Addabbo added. “It’s the mayor’s initiative, and to be lax on certain things, it becomes problematic.”