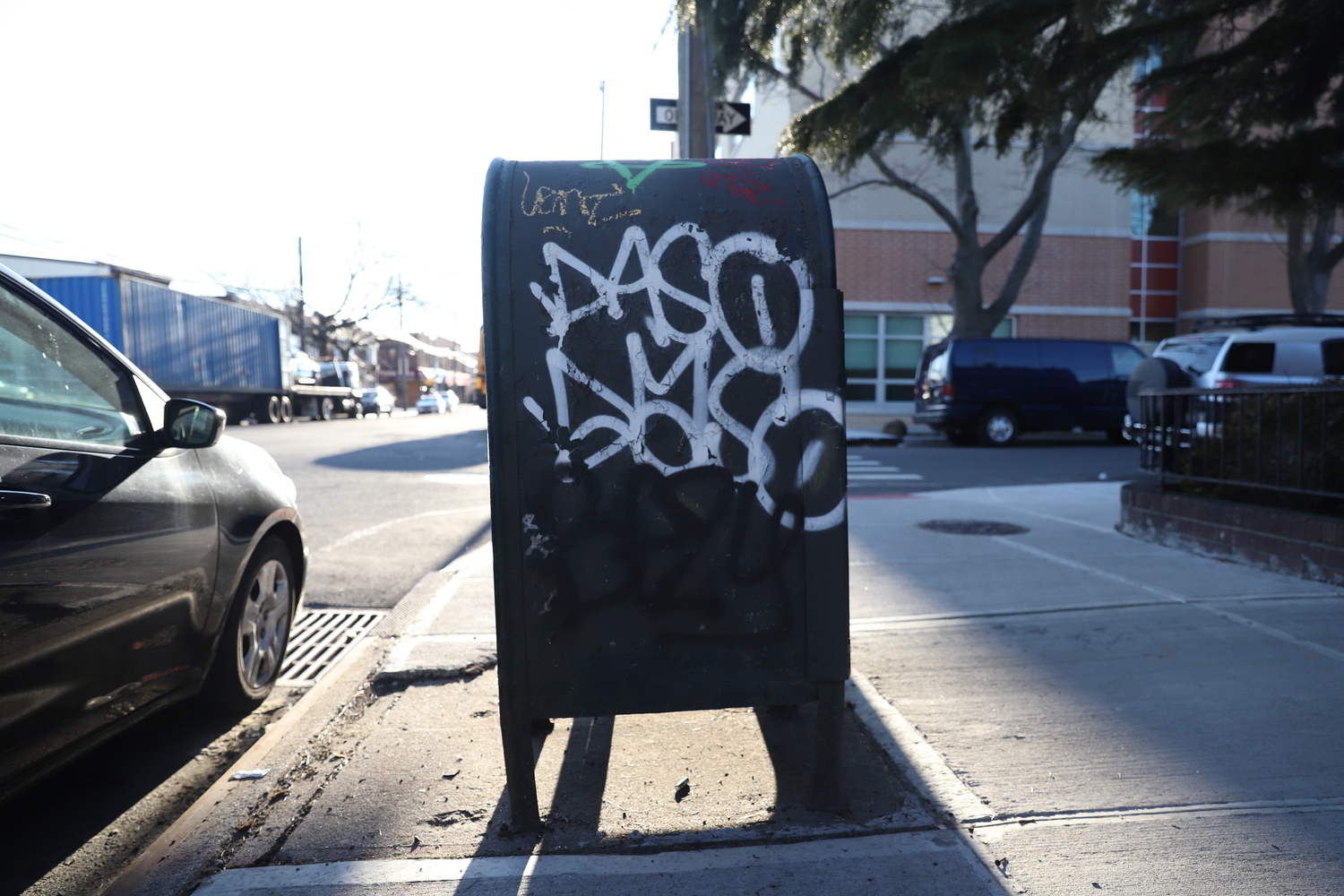 Persistent problems like graffiti are frustrating for New Yorkers. (Photo by Anthony Medina)

The comment would later be followed by another response from Sam Esposito, the president of the block association and vice president of the patrol, asking the resident to “please fill out a complaint report and we will handle this.”

Members of the patrol, a nonprofit organization serving the community through public advocacy efforts, are taking on the job of helping residents get their 311 complaints heard by the proper agencies.

Esposito, as a lifelong Ozone Park resident, said he’s helped advocate for residents on several occasions on getting answers to complaints that had been left unresolved for years. One of the major issues residents face after filing their complaints is cases that have been closed by police officers who responded but did not resolve the issues.

“We brought this up to the precincts, and we told the precincts about this, and their answers were mixed answers: ‘The system is new.’ ‘It’s brand new.’ ‘We just changed over.’ You know, we know what’s going on, and we know that the cops are closing out a lot of these complaints,” Esposito said. “So we just tell people, listen, ‘You have a problem, let us know right away, we will get it resolved, especially if it’s a car issue.’”

It’s been 18 years since the start of the NYC311 system, when then-Mayor Michael Bloomberg announced the launch of the 24/7 service. The call center has since provided residents with a way to bring their complaints to agencies across the city. The system has not always worked as intended, sparking frustration.

One work-around solution spread through word of mouth: The filing of multiple 311 complaints back-to-back, efforts known as “flooding the system.”

311 receives about 20 million calls a year, and receives about 3 million service requests a year that go to various agencies…311 works with all the city agencies for public-facing non-emergency information.

It was a tool used by many to try to gain the attention of an agency quickly instead of waiting days for a response. But it hasn’t worked in recent years.

“As far as 311, to me, it’s a useless system,” Esposito said. “To me, they created 311 to deflect from 911. So this way, the 911 system wouldn’t be overloaded, because the 911 system is really what’s monitored, you know, that’s really monitored in terms of how long it takes a cop to go from when the job gets called until they give a final disposition.”

The effectiveness of the New York City 311 system varies from agency to agency and has changed drastically over the years, as interpersonal contact dwindled and making complaints online became a lot easier.

Bill Reda, content operations manager for NYC311, said the system serves its purpose in connect complaints to specific agencies. But it doesn’t let callers know specifically how every complaint is answered.

This lack of detailed followup is what residents seem to dislike in particular about the 311 system—and is a cause of grief especially on the Ozone Park Block Association Facebook page. NYC Open Data provides information in aggregate on 311 complaints made in each of the five boroughs, but doesn’t provide enough immediate information when it comes to how each complaint is resolved.

“It’s not at the level of detail that you’re probably looking for,” Reda said. “But the agency does have the ability to provide more detail to a customer in…correspondence.”

With the responsibility on agencies to provide more details—and not the 311 system—it takes the work of neighborhood organizations like the Cityline Ozone Park Civilian Patrol to bridge the gap.

Esposito, as a member of Queens Community Board 9 for years and a volunteer, along with the help of patrol members, has cultivated direct contacts with the police, fire and sanitation departments to help get complaints answered by agencies.

“The system is flawed,” Esposito said. “We’ve handled it this way and I think we’re doing a pretty good job handling the complaints.”