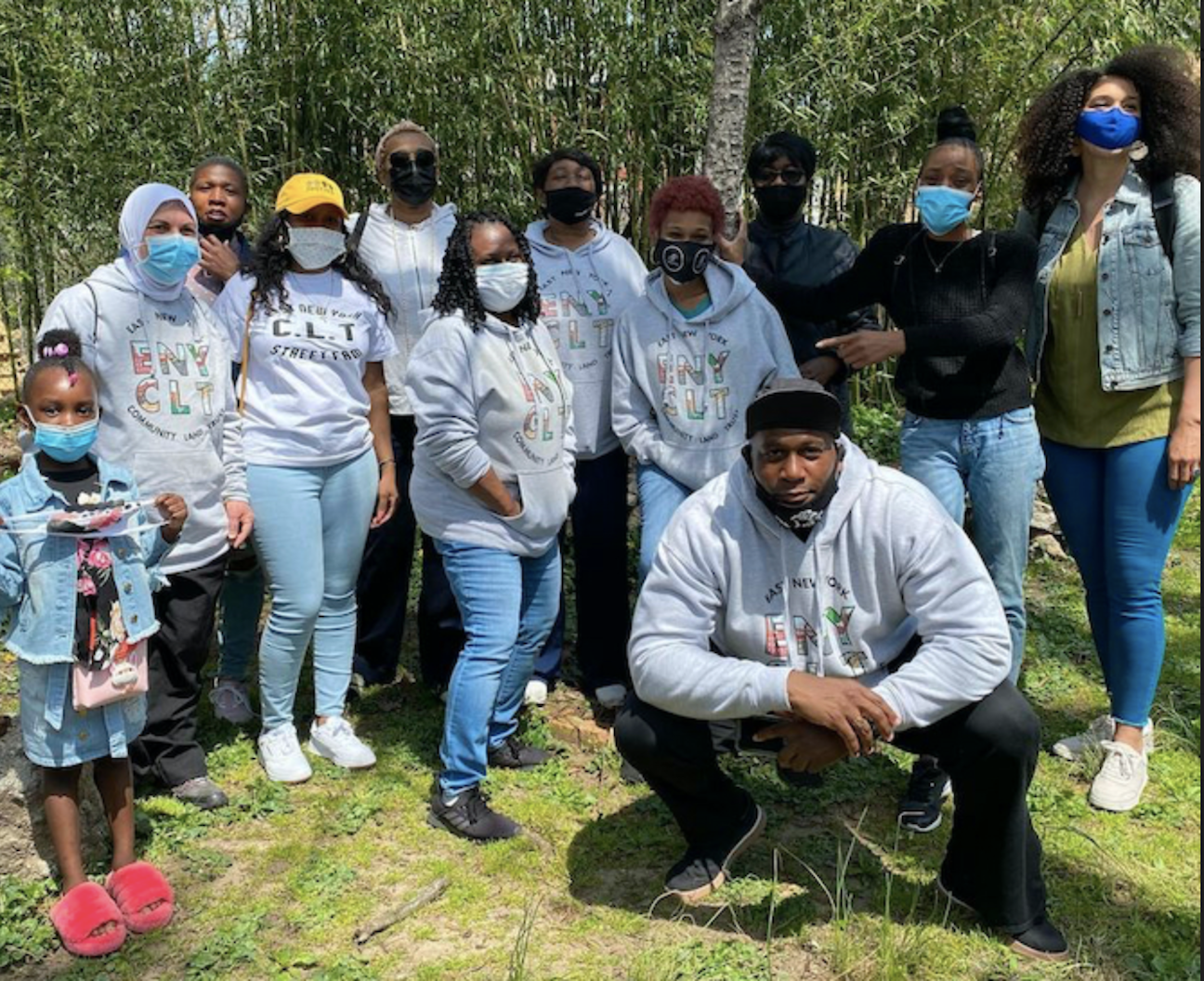 I think people were just really hungry for change…The pandemic really made a lot of things clear and people were really ready to organize.

Anousheh said they picked up the phone and called people who showed interest in previous meetings to see if anyone wanted to join a steering committee and keep the ball rolling. The new committee’s 15 members had their first virtual meeting in March 2020.

The East New York trust is still in the relatively early stages of the process and does not hold any land. The New York City Community Land Initiative, an alliance of housing organizations that supports CLTs, has helped the group. The initiative has worked with community organizations and experts in urban planning to produce research and education on community-centered housing solutions.

One of its pilot projects is the East Harlem El Barrio CLT, which recently purchased four apartment buildings from the city. With  development partners Banana Kelly and Community-Assisted Tenant-Controlled Housing (CATCH), the East Harlem El Barrio trust says it will rehabilitate the properties, manage them through a mutual housing association and create commercial spaces that “will prioritize local, community-serving businesses.”

The project came to fruition with the cooperation of the city Department of Housing Preservation and Development, which sold the properties to the CLT for $1 each, with the city providing more than $13 million in loans and grants for the rehabilitation.

The city has increased support for CLTs in recent years. The City Council provided $750,000 for CLTs in 2019 and Mayor Bill de Blasio said in his State of the City address last year that the city will help expand CLTs with over 3,000 units of community-owned and shared-equity housing.

Because the land trusts rely on support from the city and elected officials, Anousheh said, there has to be a constant effort to win over City Council members as they come into office.

Additionally, despite the city’s recent support for CLTs, Tom Angotti, professor emeritus at Hunter College’s Urban Policy and Planning department and the CUNY Graduate Center, said there is still a long way to go. He said since the fiscal crisis of the 1970s, the city has followed a “privatization philosophy,” which leads to displacement.

“That’s the underlying challenge for the housing movement, for the community movements going forward, because it’s embedded in the mentality of government that the path to prosperity is through privately financed housing,” Angotti said. “The city gives tax benefits in the billions to developers in order to build new housing, which is market-rate housing and unaffordable.”

Angotti calls himself “upbeat, but realistic” about the ability of land trusts to ensure long-term affordable housing. As a board member of the Cooper Square CLT, Angotti emphasized that the “community” aspect must stay central.

The Cooper Square trust, on the Lower East Side of Manhattan is New York City’s longest-established CLT, dating back to 1991. Angotti said its creation stemmed from a struggle in the ’60s and ’70s against a federal urban-renewal program that would have displaced low-income renters on the Lower East Side.

As a board member of the Cooper Square CLT, he said the key is staying organized and dedicated to the community. This means having trustworthy board members, staying on top of maintenance and taking advantage of public subsidies to keep the units affordable.

“Just having ownership to the land is by itself not a sufficient guarantee that this will be held in perpetuity for a public purpose,” Angotti said. “It’s too easy to latch onto the land trust as a quick fix.”

Today, Cooper Square owns 328 residential units and 22 commercial units in 21 buildings. It was the first CLT to acquire land from the city. Thirty years later, East Harlem El Barrio CLT is only the second.

Given this precedent, Anousheh knows that the East New York CLT has a long way to go. But the possibility of providing long-term affordable housing and community resources makes the journey worthwhile to her.

“Through collective ownership of land, we can make sure that the next generation can continue to live and thrive in East New York,” Anousheh said. “And that really resonates with people.”