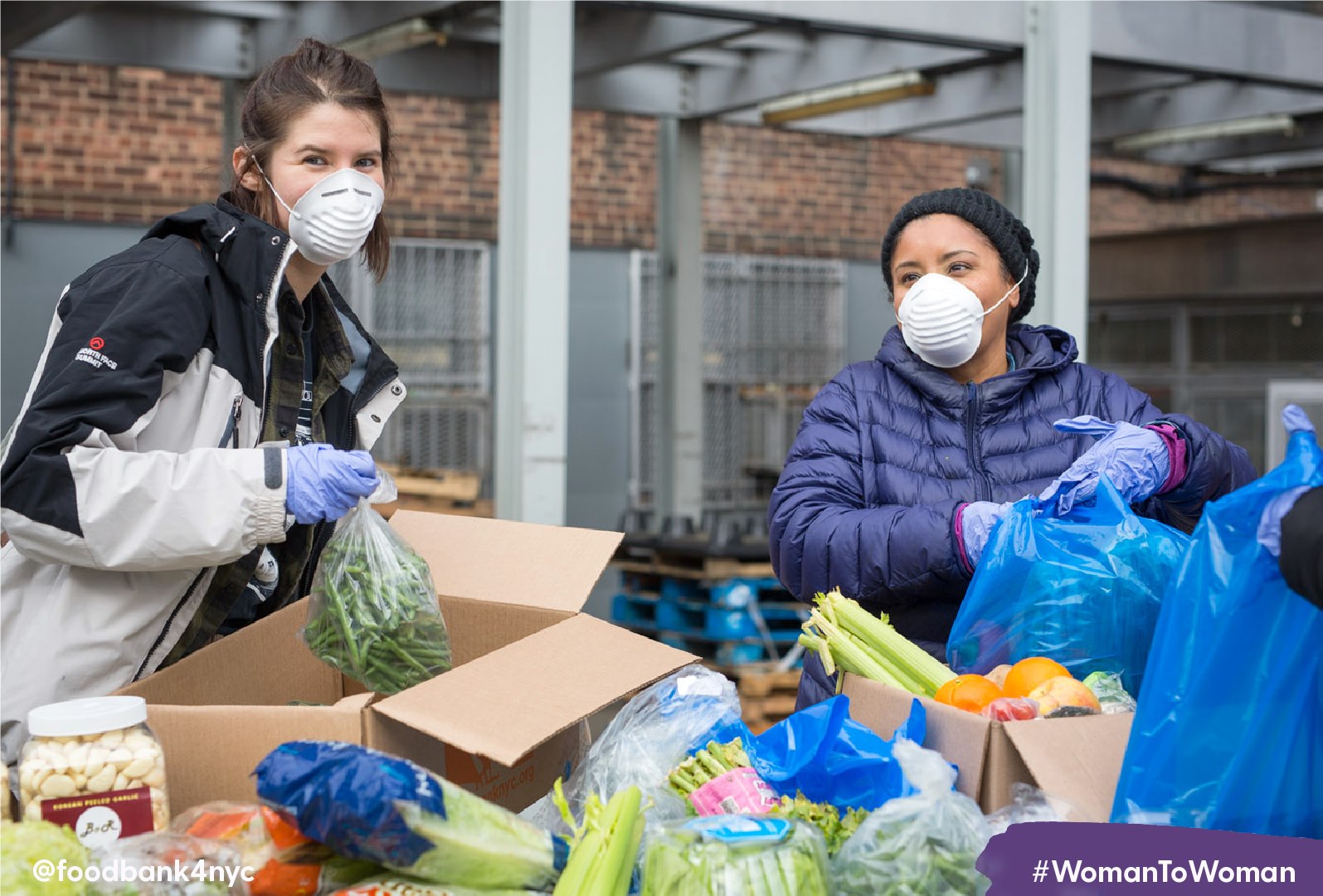 “More than one million people in NYC were already experiencing food insecurity before the pandemic,. (Courtesy Food Bank for New York City)

Food Help, Before and After

It all started with a childhood friendship.

More than one million people in NYC were already experiencing food insecurity before the pandemic.

As an element of his recovery, he and longtime friend Raymond Ramos started the Brooklyn Lighthouse as a Bible study group in Colon’s kitchen in 2000.

The friends were “reaching out to people who suffered from addiction,” said Christopher Hook, an assistant to Colon. And the kitchen became a refuge until it wasn’t big enough to hold those seeking help. 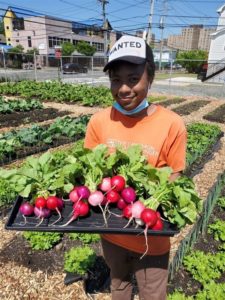 “The church outgrew his kitchen and several other locations,” said Hook, who now works for the outgrowth of that initial group, Recovery House of Worship.

Recovery House has continued its work in different forms, especially amid the pandemic. Many communities of color in Brooklyn long have been affected by food insecurity, for example, with many people struggling to feed their families.

“The city mandates and a desire to serve both our people and the volunteers has dictated how we organized our distribution,” said Zac Martin, pastor of justice and outreach, about the Recovery House food pantry and community breakfast operation.

The church, located in Fort Greene, Brooklyn, led by Colon, has been around for more than a decade. It was formed out of a 2007 merger between the Baptist Temple—the oldest Baptist congregation in Brooklyn, with a history dating back to 1823—and the Brooklyn Lighthouse.

“As the flagship church of the Recovery House of Worship church-planting movement, it has branches in the Bronx, Staten Island, Pennsylvania and Southern California, with more in the making,” Hook said.

The community breakfast has also included tables on the sidewalk and additional outreach, Martin said. The group also provided information on stimulus checks, the federal cell-phone program, housing and other resources, as well as helping people get necessary IDs.

“For most of the pandemic, we were handing out breakfast curbside,” Martin added. “The items that families would receive would be donated by local restaurants and by the contract RHOW has with the Food Bank for NYC.”

“More than one million people in NYC were already experiencing food insecurity before the pandemic,” said Andrew Gibbs, associate director of member services at the Food Bank.

The situation only became worse after the city was crippled by COVID-19. 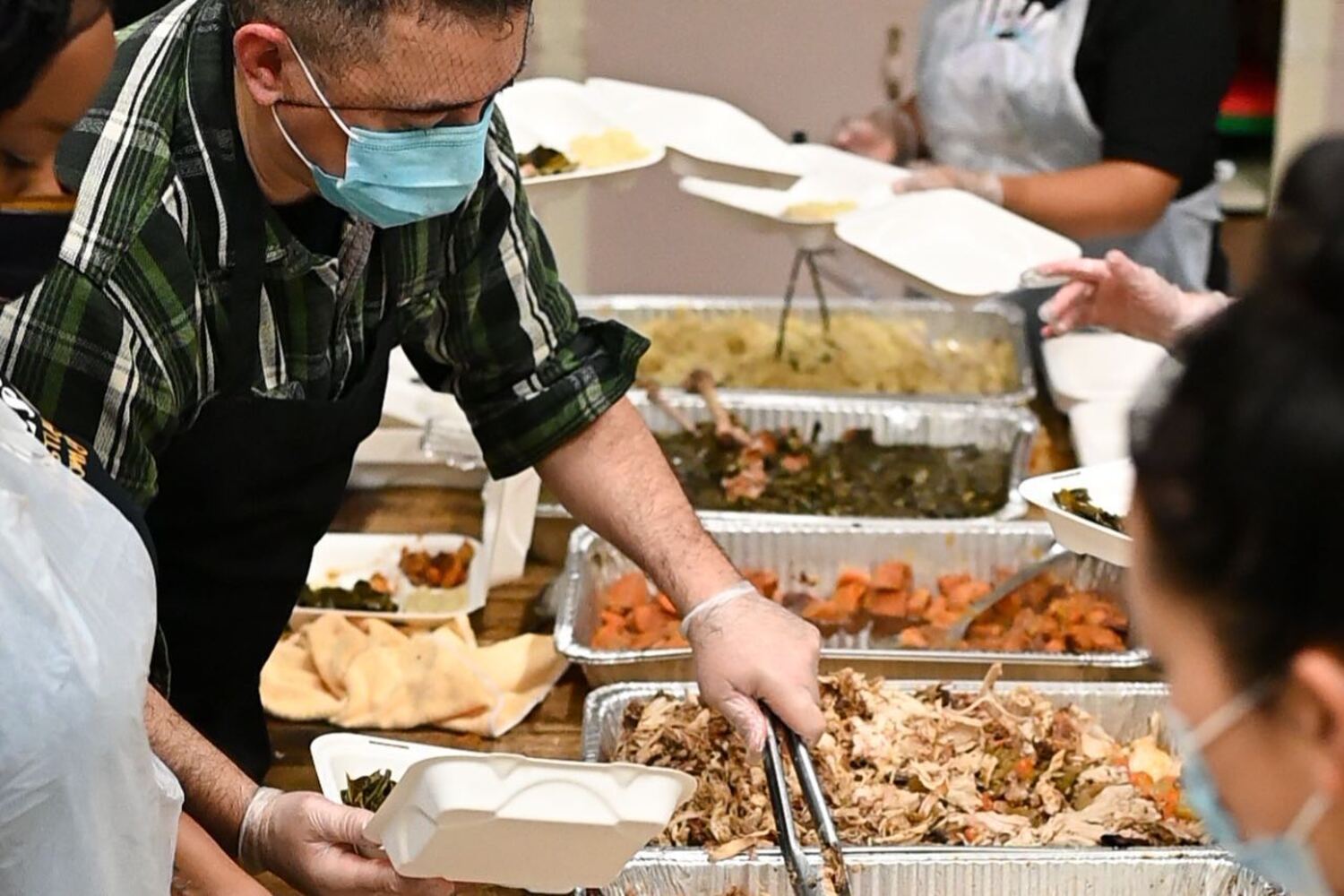 Serving up meals in Brooklyn in December. (Courtesy Recovery House of Worship)

“At the peak of the pandemic, 40% of the city’s soup kitchens and food pantries were closed with their mostly elderly volunteers stuck at home,” Gibbs said. “Those that remained open were low on resources but serving more New Yorkers, including people forced to come from different boroughs.”

Gibbs said that in Brooklyn, 36% of food pantries and soup kitchens closed, with “85% of those being in the highest-need communities.”

“Getting more food to food pantries and soup kitchens remains fundamental to all of our strategies here at the Food Bank so that our neighbors have food on the table each night for their families, and to provide our network with the means to get that food to their communities,” Gibbs said.

This means also providing our members with equipment for the safe storage, refrigeration and transportation of more food to the communities they serve,” Gibbs continued.

The Food Bank is also working toward fulfilling its mission of ending hunger by using other initiatives including: providing access to benefits like SNAP, free tax prep and filing, health insurance assistance and vaccination appointment resources.

“We saw where new needs were rising, where vital aid was dwindling, and developed strategies to disrupt that pattern,” Gibbs said.