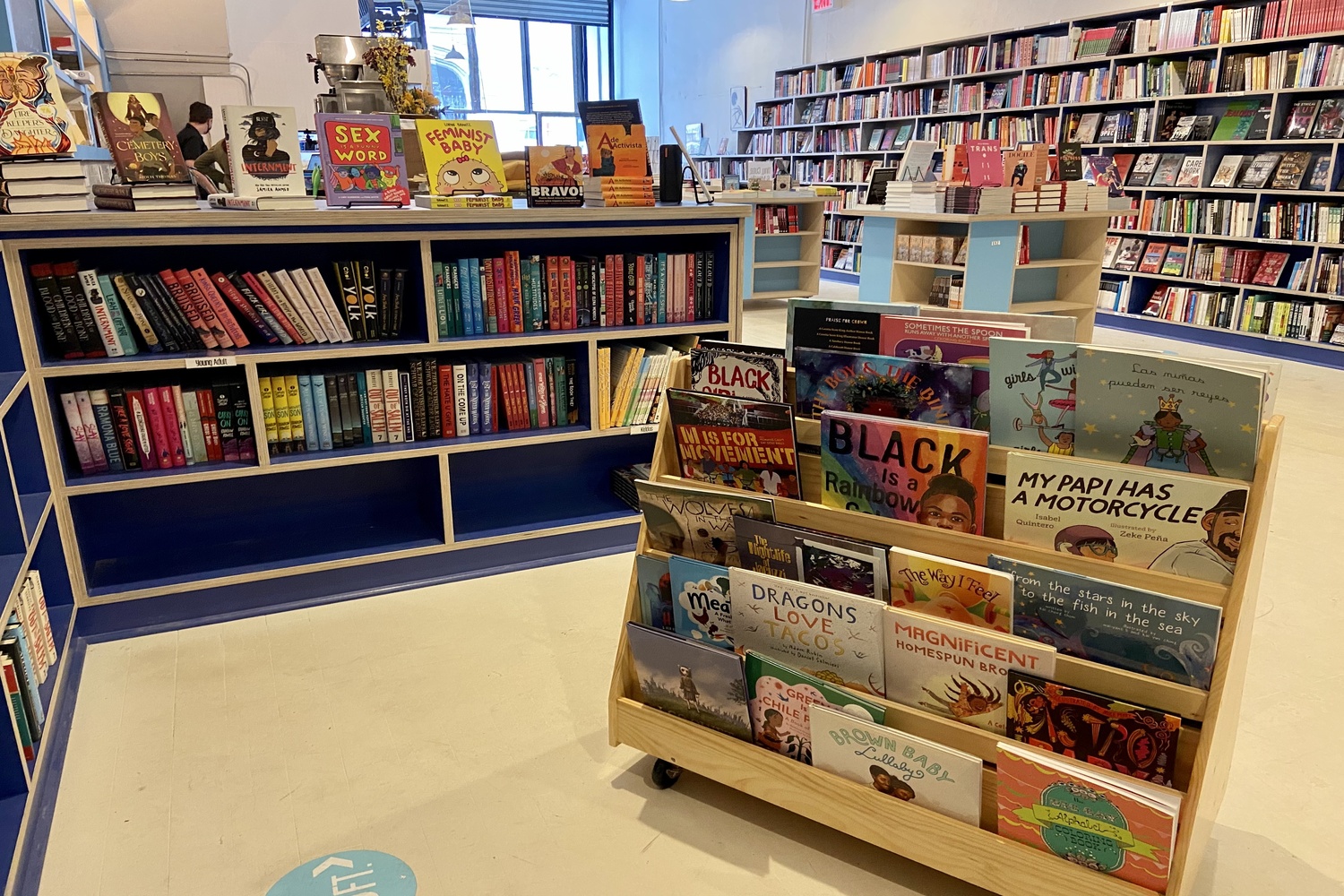 Bluestockings has been selling books, serving coffee and hosting events on the Lower East Side for more than 21 years. (Photos by Sarah Molano)

Bluestockings has been selling books, serving coffee and hosting community events on the Lower East Side of Manhattan for more than 21 years. It calls itself an activist center with left-leaning politics. Its electric blue bookshelves boast nontraditional sections like “Queer Fiction,” “Disability Justice,” “Radical History” and “Sex Work.”

Now in their mid-30s, Schulte is a worker-owner at the recently established Bluestockings Cooperative. Though the bookstore was founded in 1999, the pandemic forced its workers to reconsider their business model.

Bluestockings was one of the thousands of New York City small businesses grasping for survival amid the pandemic. Late last year, experts predicted that one-third of the city’s small businesses would permanently close. When Bluestockings closed in March 2020, Schulte said workers looked for a way to keep the center alive and sustainable.

Turning toward a worker-owned cooperative was their answer.

“At its core, worker ownership means just that: The people doing the work own that work,” Schulte explained. “They are able to reinvest in the project or invest in themselves.”

A worker cooperative is a business model in which there is no one owner. Each worker is an equal owner with an equal vote when it comes to making decisions.

Esteban Kelly, executive director of the U.S. Federation of Worker Cooperatives, told Truthout that when a cooperative does well, the benefits are shared equally among workers. And when it hits hard times, everyone faces the burdens equally. 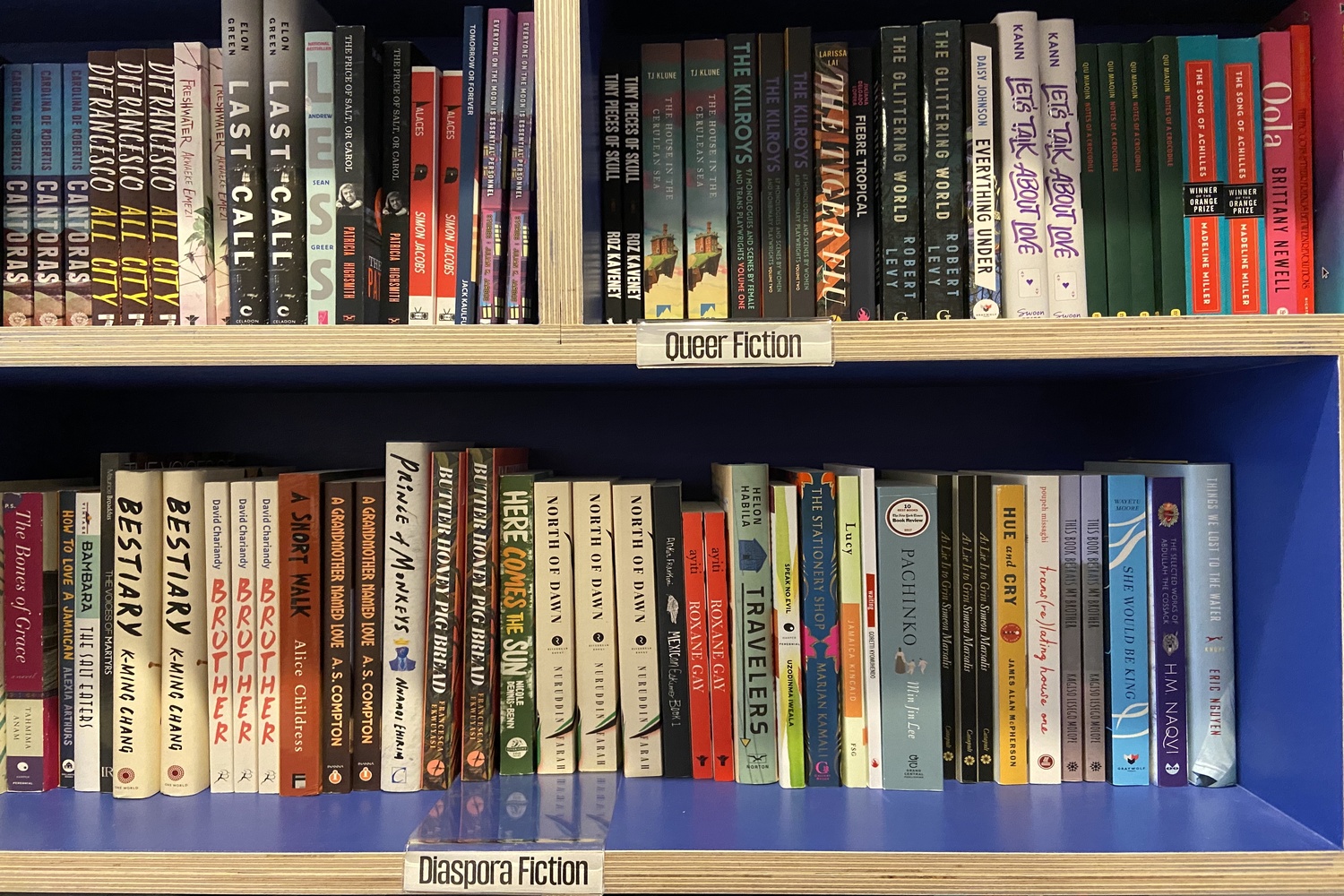 The shop features nontraditional sections like “Queer Fiction,” “Disability Justice,” “Radical History” and “Sex Work.”
“Instead of mass layoffs, the workers, who are the equal owners, strive to find collective solutions,” Kelly said, adding that dynamic makes them more sustainable. “Worker-owners might vote to take voluntary pay cuts so no one person loses their job.”

Prior to the pandemic, Bluestockings was legally a traditional for-profit business—one owner and some workers. But Schulte said it wasn’t really run that way. It was owned by one person in name only, they said, but the space was operated collectively with dozens of volunteers and a small number of staffers.

Though this method aligns with Bluestockings’ ideals of collective responsibility and community, it also resulted in unpaid or underpaid labor.

Red Schulte, a worker-owner of Bluestockings.

Since Bluestockings aims to center people of color, LGBTQ people, sex workers, disabled people and all other marginalized identities, most of its workers are part of these communities. Schulte said it was important to find a way to pay the store’s workers, who often deal with oppression due to their identities, a living wage.

They decided to leave their building, located at the intersection of Allen and Stanton Streets, to look for a more affordable and accessible space. In the meantime, Bluestockings started doing online book sales, fundraisers and membership drives to keep gaining revenue.

Through all this, workers began looking into what a worker-owned cooperative could do to sustain their business.

“We realized, listen, we’re all disabled folks doing this work. We’re queer and trans, and folks of color. We’re young people. We’re sex workers. We’re people who are neurodivergent. And we’re mad,” Schulte said. “How do we invest in the people doing this work?”

Then the pandemic hit. A majority of Bluestockings’ volunteers stepped away and the few people left had to grapple with what to do. On top of the closing, the shop’s landlord wanted to keep charging rent, which Schulte found laughable since the building was also “falling apart,” in their words.

And since the space was mostly volunteer-run, workers did not have the personal funds to keep paying that rent without book sales.

Raquel Espasande, Bluestockings’ social media manager and a 23-year-old aspiring librarian, started volunteering at Bluestockings around a year and a half ago, shortly before the pandemic closed it down. Espasande said they were along for the ride when the collective decided to pursue cooperative status.

The work started about 13 months ago and heavily relied on communicating with established worker-owned cooperatives and legal and financial resources.

“It is a little difficult for just kind of a ragtag group of radicals to build a business and figure out what are the boring legalities of being a worker-owned cooperative, like how do we tell the city that we’re that and how do we make sure we pay all of our taxes correctly and so on,” Espasande said.

They looked to worker-owned cooperatives around the country, from Red Emma’s in Baltimore, Maryland, and Firestorm Books in Asheville, North Carolina, to Pilsen Community Books in Chicago. On the legal side, they utilized resources like the International Cooperative Alliance and TakeRoot Justice, a legal organization that supports community-based groups in New York City.

And they had help with their finances from A Bookkeeping Cooperative, which is itself a cooperative that provides accounting and bookkeeping services. Finally, the collective filed the paperwork in August and announced their cooperative status in early April.

As a worker-owned cooperative, Bluestockings currently has five full worker-owners, with three additional people in training on their way. Espasande is in their training period now.

They said the new business model will keep worker-owners better paid, but also just makes workers feel good about having equal ownership and say in decisions.

The new Bluestockings Cooperative opened its doors on April 23 at 116 Suffolk St., only a six-minute walk from its original location. It has an open floor plan for wheelchair accessibility, a large bathroom with free pads and tampons and a space where the cafe will open soon.

Schulte said they plan to create a meeting space for book launches, open mics and film screenings and to have more mutual aid initiatives like the hygiene kit build, Narcan trainings and maybe a free pantry.

All of these offerings are aimed at building and supporting the community, Schulte said.

“I think there are so few places where people can feel like their neighborhood is taking back space from developers and taking back what should be all of ours,” they said. “If we can inspire people to keep doing that or do their own collective formations to defend space in the neighborhood, that’s really what we’ve got to be doing.” 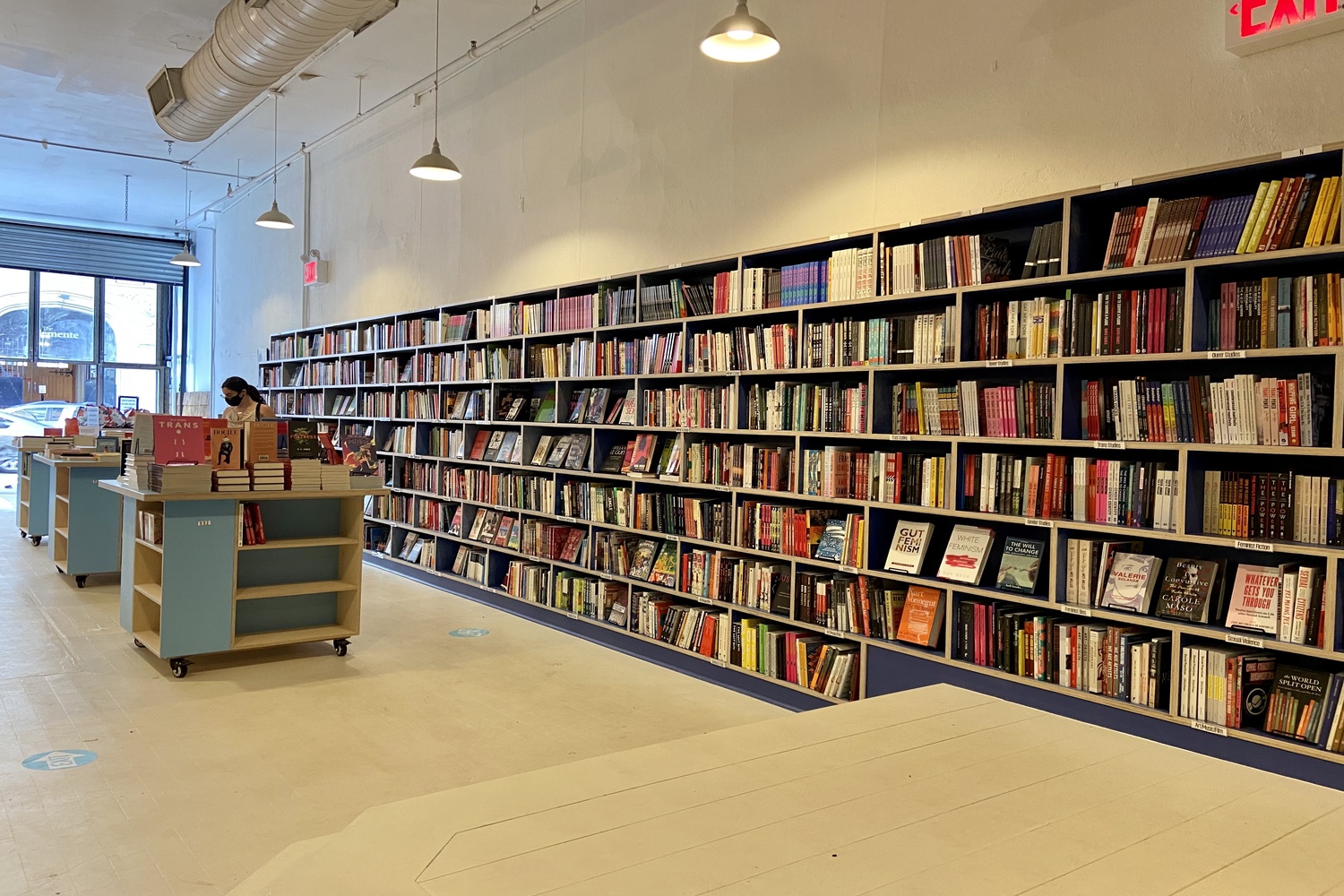